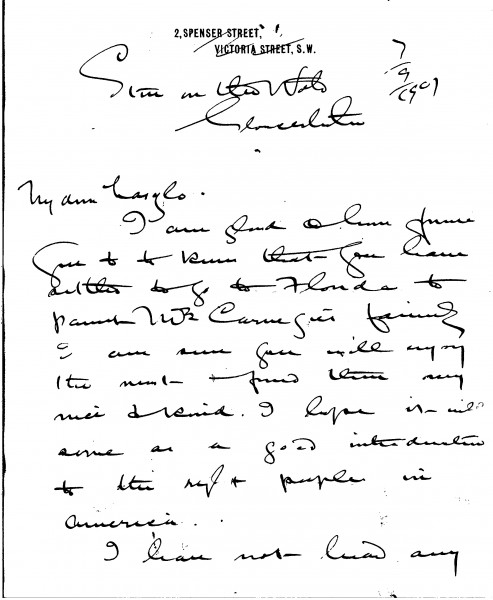 The painter, Alfred East, writes that he is glad de László has decided to paint the Carnegie family in Florida, which "will serve as a good introduction to the right people in America" (see DLA010-0005 regarding this commission). Letter also concerns a work of de László's that East says cannot be exhibited at the Royal Society of British Artists since de László was not then a member (he was elected an Honorary Member the following year); East suggests he sends the work to the Royal Society of Portrait Painters. Mentions he is looking forward to Cornwall and has been enquiring after a studio (later that year, East and de László travelled together to St. Ives) (DLA004-0004 and DLA004-0005 were previously partial items that have now been merged into DLA004-0004. DLA004-0005 has been deleted, AD 04/03/21) 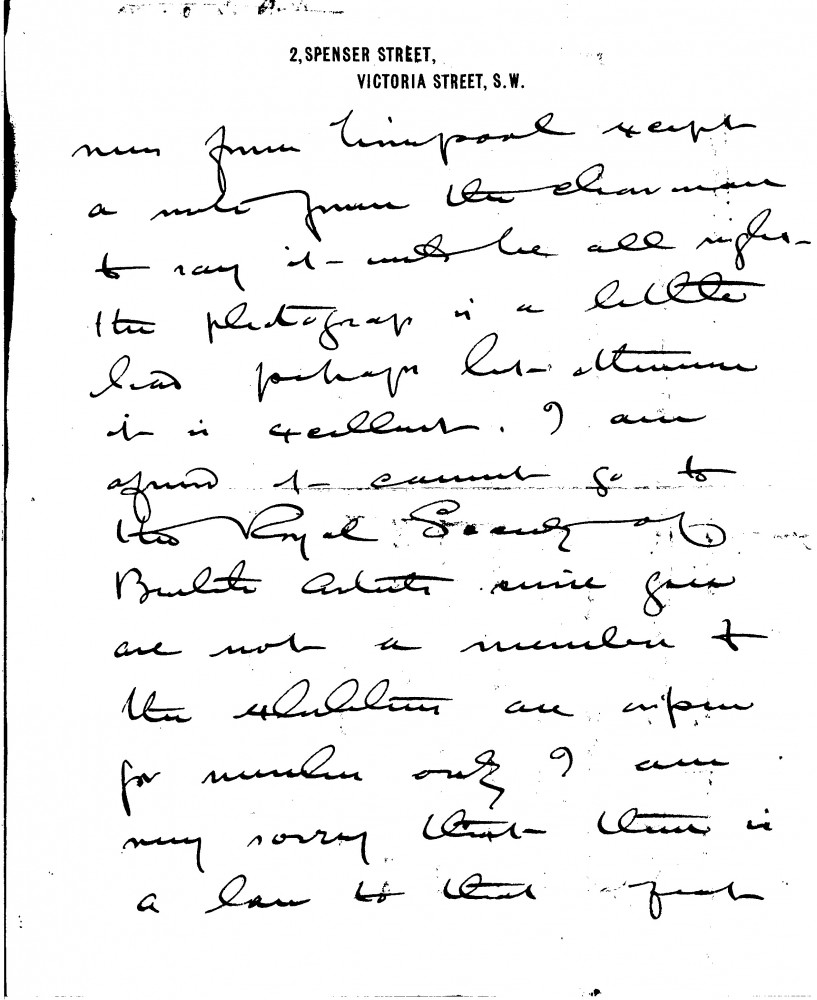 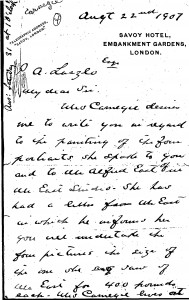