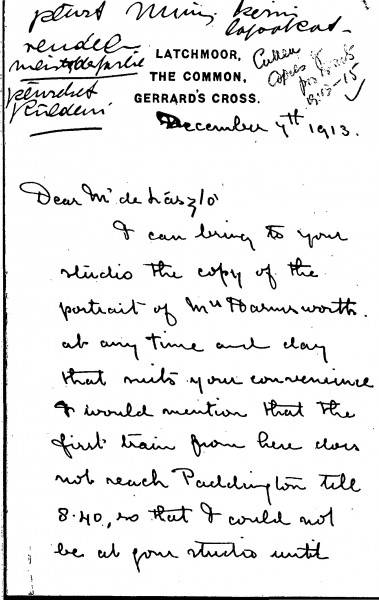 Letter from one of de László's few authorised copyists, Frederick Cullen, concerning his copies of de László's portraits of Mrs Harmsworth [6909] and Lord Curzon [3890]. Regarding the latter copy, Cullen mentions that the framer and gilder, Emile Joseph Remy, had thought it a little "fussy" but had nonetheless ordered an expensive frame for it 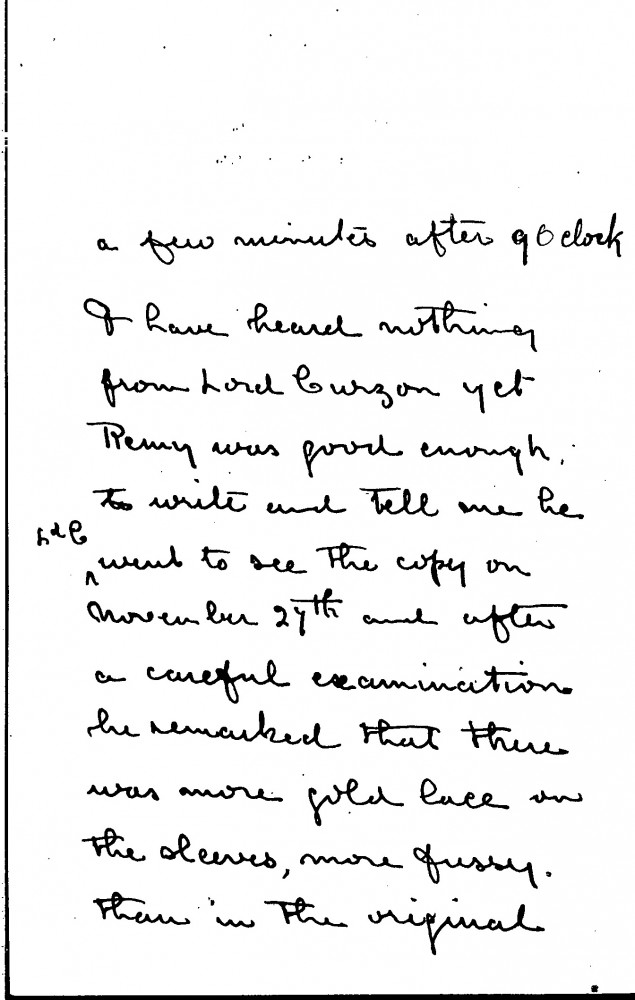 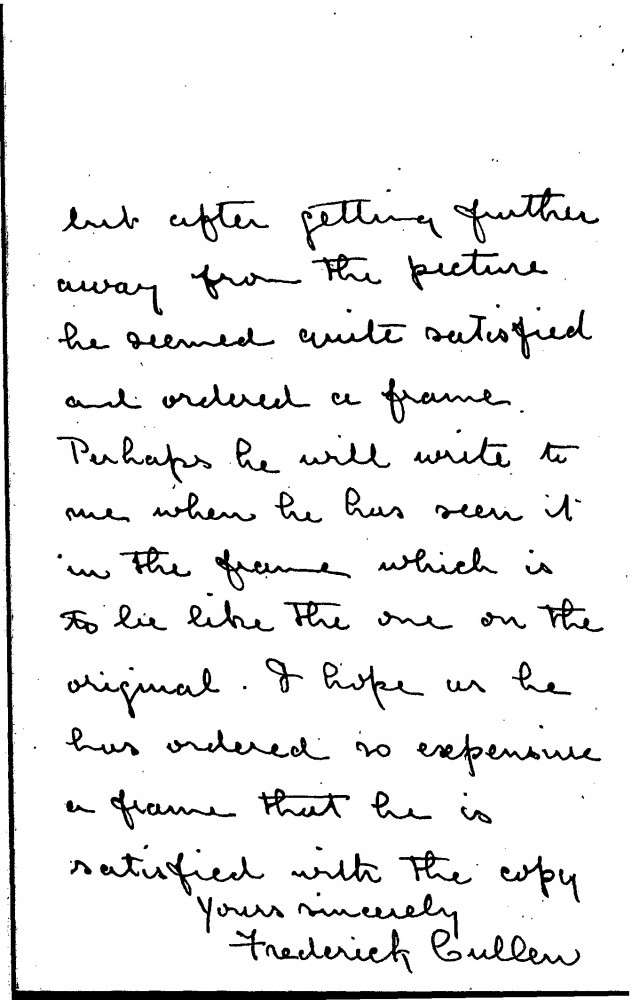 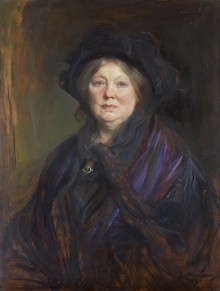 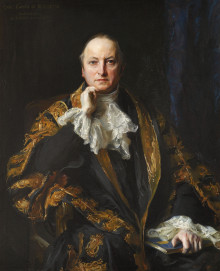