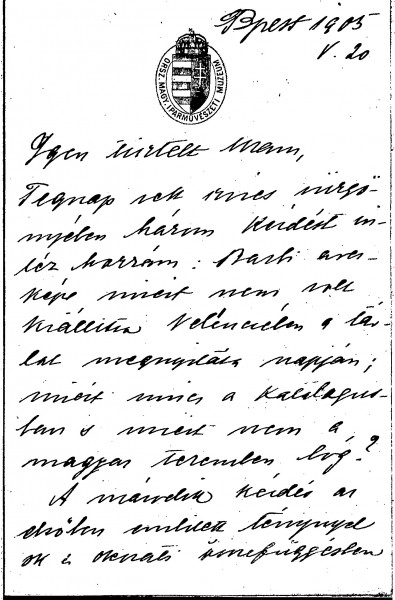 Letter from Jenő Radisics to de László, which is a response to three queries de László addressed to the sender: why was Alice Barbi’s portrait [2340] not exhibited in Venice on the opening day of the exhibition; why does it not appear in the catalogue, and why is it not displayed in the Hungarian room? Radisics explains that the first edition of the catalogue was printed in limited edition and is full of errors; the second edition will include the portrait. He informs de László that the Italians were very keen on having the Hungarians at the exhibition and were offered a free choice of exhibition rooms, doing a service to Hungary by giving it a place among the leading Western nations. Whilst the individual paintings cannot compete with French, German, English etc. paintings, the room must be considered as a whole. He is confident that this plan will assure that the Hungarians receive an award, which will not only benefit those artists who are exhibiting but others as well. Radisics explains that Bertalan Karlovszky took a long time arranging the hang, and he believes the final result makes an overall harmonious impression. It is evident that the success required some sacrifices: not being able to display the portrait of Barbi was one of them. Its frame did not harmonise with the rest, but it would not have been worth modifying either. Radisics regrets that this painting is not displayed together with the others, but he respected Karlovszky’s decisions. Since he still wanted the painting exhibited, with the agreement of the sitter he secured a place for it in the first international room (DLA010-0017 and DLA010-0018 were previously partial items that have now been merged into DLA010-0017. DLA010-0018 has been deleted, AD 04/03/21) 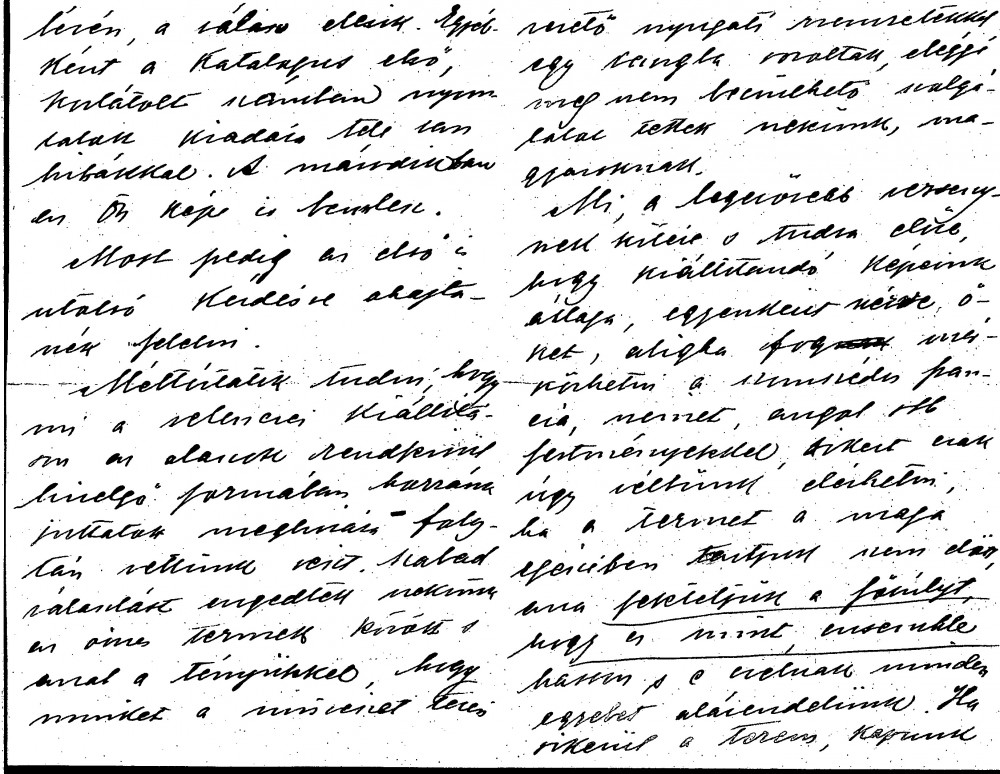 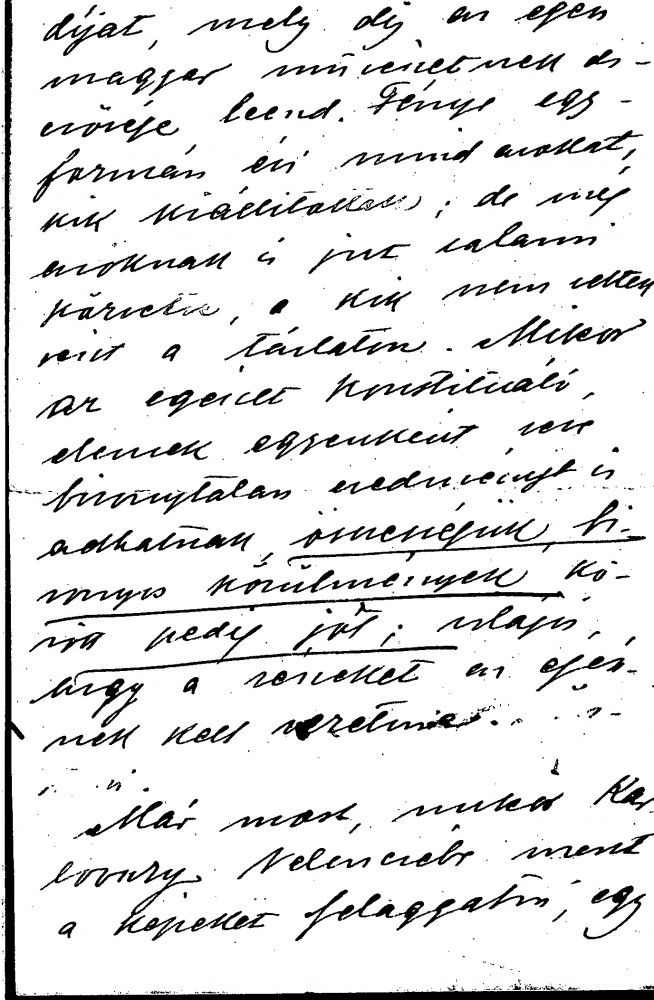 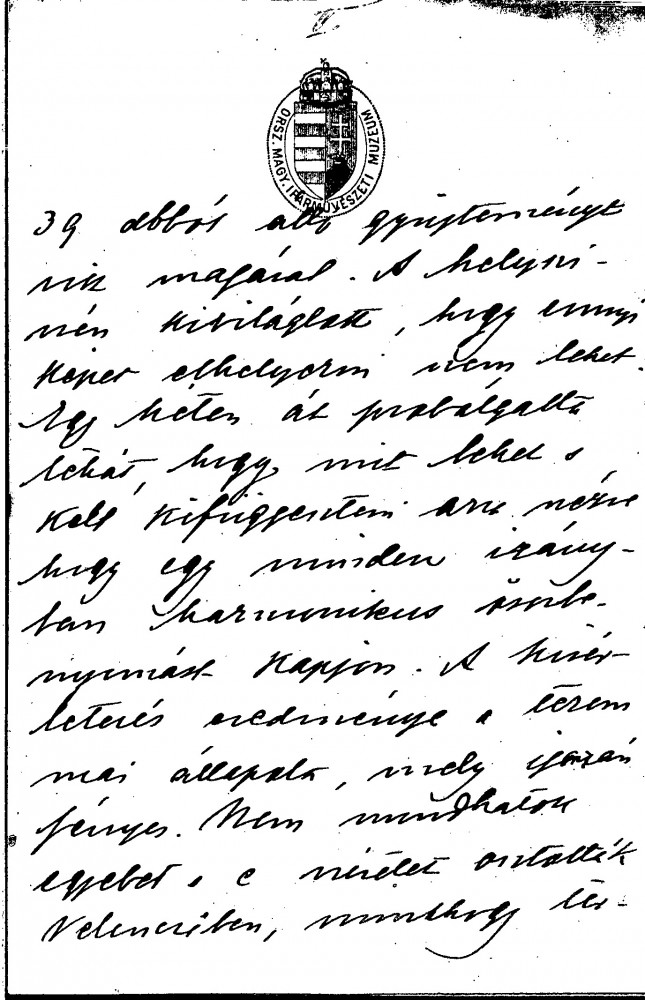 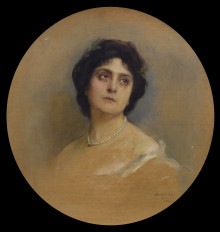